This guide summarises employment law in the UK and sets out the main obligations of employers to their employees; you should always consult your lawyer regarding all employment matters.

Employment law in the UK is mainly statute based, i.e. based on laws enacted by Parliament, principally the Employment Rights Act 1996. The scope and range of laws in all areas of employment law is huge, influenced in particular by the UK’s membership of the EU and the development of anti-discrimination legislation, for instance the Equality Act 2010.

Not all employment law can be found in legislation, however, as there have also been significant case law developments in this area of law i.e precedents made by when individual cases have been dealt with by courts and tribunals.

As a result of the interaction between case law and legislation, your obligations to your staff depend on the following:

This guide does not cover “collective labour law” topics such as industrial action or trade union recognition.

The guide is split into various sections, simply click on a link (where appropriate) to take you to a specific section:

Who is an employee?   ♦UPDATED

This legislation introduced, for the first time, a statutory right to be accompanied to a disciplinary or grievance hearing. This right has subsequently been extended to cover any meeting held under the statutory dismissal and disciplinary procedure. The companion can be a work colleague or an appropriately trained trade union official.

The Employment Act 2002 introduced the concept of statutory procedures applying to dismissals, disciplinary matters and grievances. If an employer fails to comply with the procedures in relation to an employee who brings a subsequent tribunal claim, the employee will get increased compensation.

If an employee fails to raise an internal grievance, before submitting an employment tribunal claim against his or her employee, he or she will be barred from bringing a tribunal claim, unless he or she can rely on an exception.

Following the implementation of an EU directive, employers are required to ensure that part time workers are not treated less favourably than comparable full time workers, that is those doing broadly the same or similar work. The principle of equal treatment extends to all terms and conditions of employment including entitlement to pay and benefits and training. In fact, many part time female workers were previously able to rely on the indirect discrimination aspects of the sex discrimination act for protection so the regulations clarify rather than extend legal rights.

The rights of fixed term employees were extended with the enactment from 1 October 2002 of the Fixed Term Employees (Prevention of Less Favourable Treatment) Regulations 2002. These regulations require employers to ensure that employees on fixed term contracts are not treated less favourably than comparable employees on contracts of indefinite duration. The regulations also limit the length of time for which an employee’s fixed term contract can be renewed. From July 2006, once an employee has continuous service of four or more years, his or her contract will be automatically converted to a contract of indefinite duration. Agency workers, apprentices and employees on government training schemes are specifically excluded from the scope of the regulations.

Maternity leave was first introduced in 1975. Since then the right has been developed by various pieces of legislation. Today the provisions relating to maternity leave are found in the Maternity and Parental Leave etc Regulations which came into force at the end of 1999. These regulations also introduced a right to unpaid parental leave for the first time and provisions relating to when employees are entitled to take time off to deal with certain domestic incidents involving their dependents. From April 2007 however, maternity leave rights were further enhanced and extended. In addition, rights to take leave at the time of adopting a child and for partners to take paternity leave have been introduced.

From April 2015, new legislation means both parents of a newly born (or adopted) child can both take off work to look after the child. For more information read this article on Shared Parental Leave.

In addition to forms of statutory leave, UK employment law also includes provisions enabling employees to ask their employers if they could work flexibly, including part-time working, job sharing. 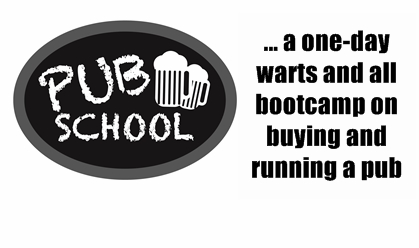 Back to the main Staff Page